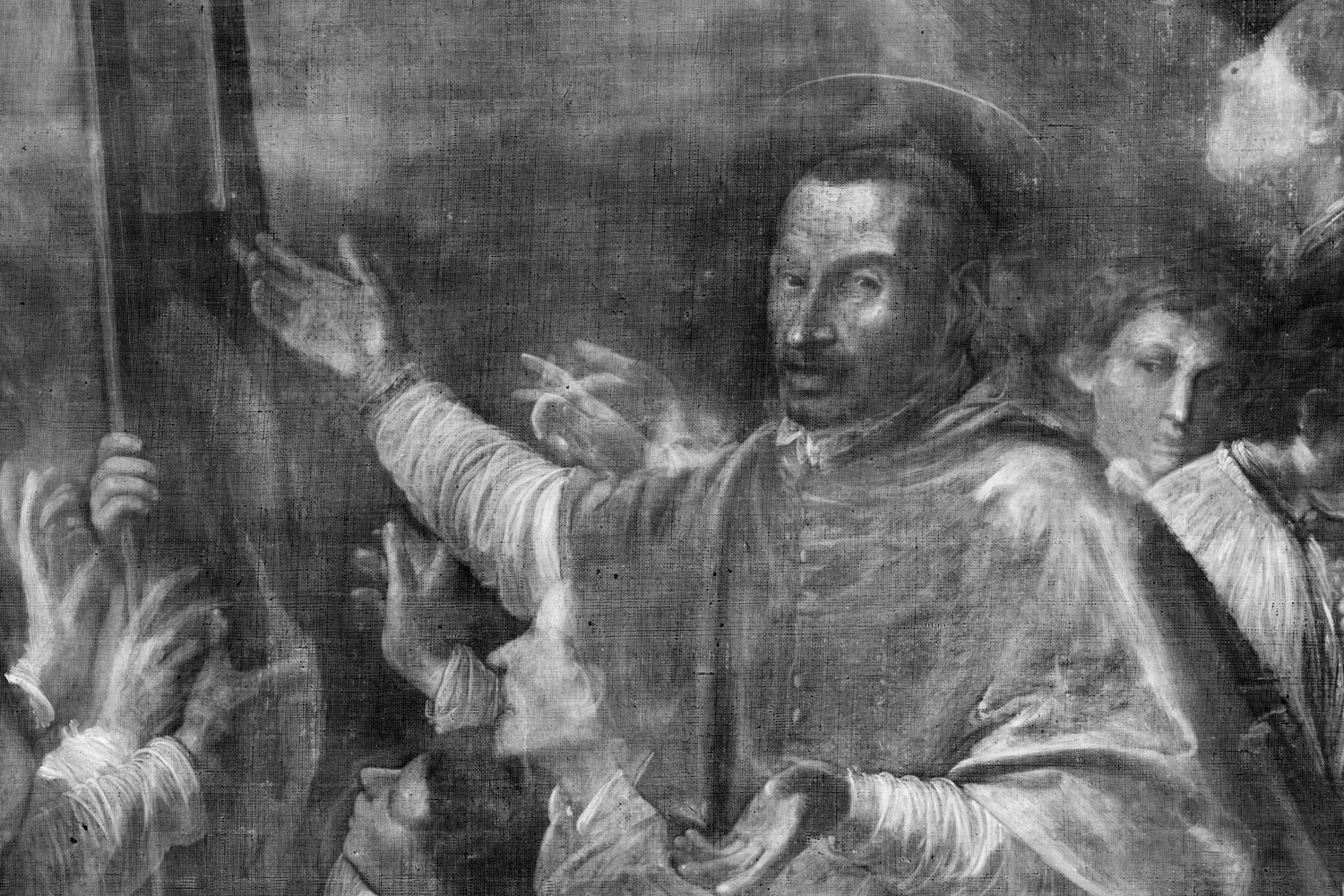 The restoration and technical study of this masterpiece by the Caravagesque master Carlo Saraceni, painted in the second decade of the Seventeenth Century for the church of San Lorenzo in Lucina, Rome, where it can still be seen, was completed on the occasion of the 2013 monographic exhibition.

The restoration project (2011-2013), developed by the Superintendency for the Historical, Artistic and Ethno-anthropological Heritage and for the Polo Museale of the City of Rome on the occasion of the exhibition: Carlo Saraceni, a Venetian in Rome, conceived by R. Vodret and curated by M. G. Aurigemma, was performed under the direction of G. Lion, and with the technical assistance of L. Petriglia and R. Cianciaruso.

The conservative intervention was accompanied by in-depth diagnostic investigations, focusing on the painting technique of one of the most faithful and refined followers of Caravaggio.

The project ended on 21st June, 2013, and the canvas went back to the chapel of the Church of San Lorenzo in Lucina, Rome.

The results of the project were published in the magazine Kermes (No.  91 July-September 2013).

Significant contributions towards the success of this project were made by: