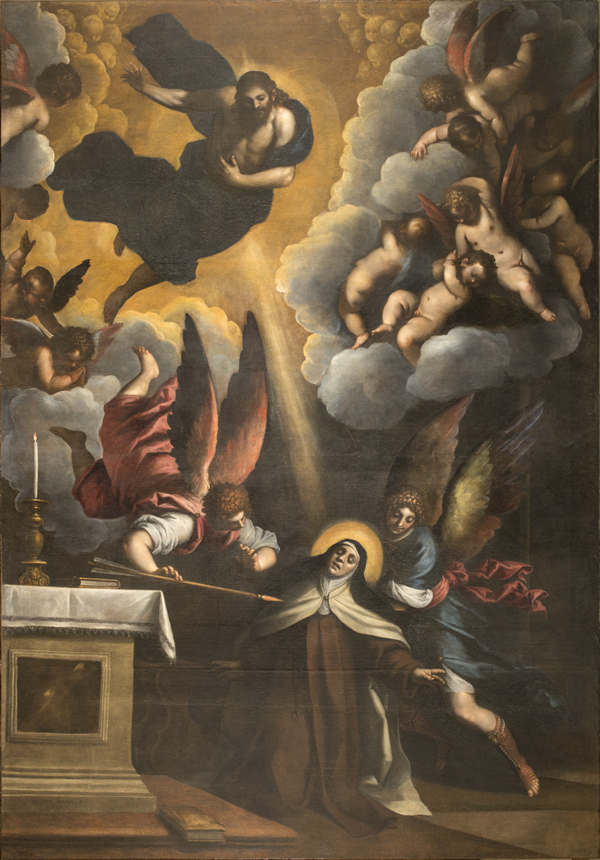 The canvas, masterpiece of Palma il Giovane, dated 1618, was made between the beatification of Santa Teresa d’Avila (1615) and its canonization (1622). At first it was destined to the chapel dedicated to the Blessed Sacrament in the first church of the Scalzi Carmelitani, Santa Maria della Scala, and then transported towards the end of 1600 in the new church of order, San Pancrazio.

The painting represents the first depiction of the Estasi of the Blessed Mother to whom Bernini was inevitably inspired by his most celebrated in Santa Maria della Vittoria realized thirty years later.

It has been a large public-private collaboration project that involved Verderame, parishioners, with partial fundraising thanks to the work of Father Ernest Jan Zielonka; the Max Planck Institute’s Fur Kunstgeschichte, for the realization of photographs that will document the intervention and finally LoveItaly, for the crowdfunding needed to end the fundraising.