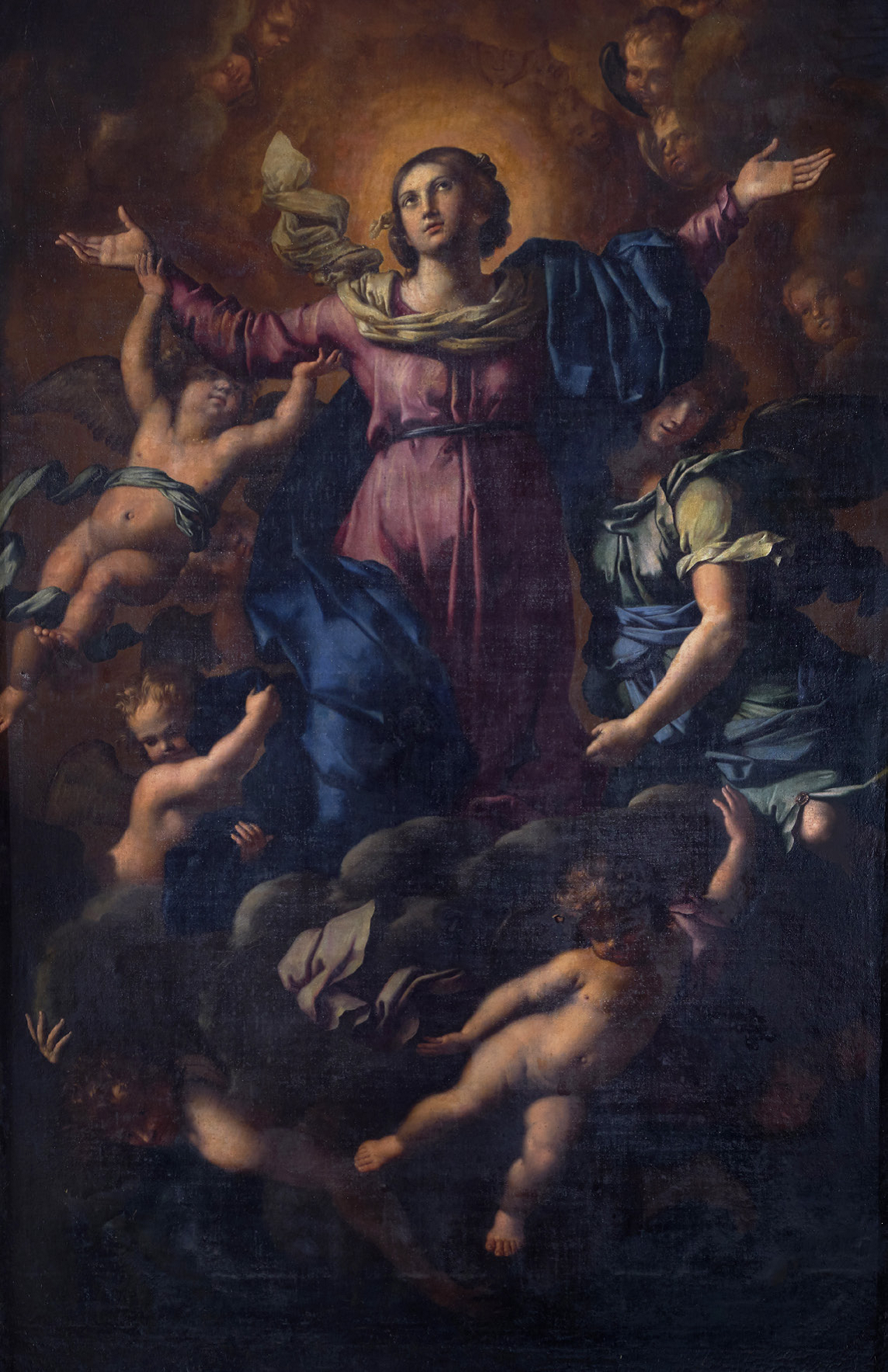 The Pinelli chapel at the Nuova church and its altarpiece 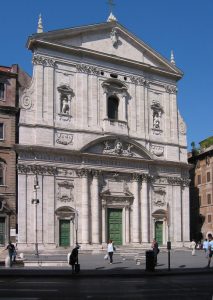 The Chapel in which the painting by Giovanni Domenico Cerrini (1609-1681) was preserved was granted in juxta pardon to the Genoese banker Pinelli in 1587. The lacunae in the pictorial surface of the frescoes by Aurelio Lomi (1556-1622) make the reading of the apparatus incomplete. iconographic that instead is minutely described in an archive document. The elaborate architectural design of the dome merges with a rich cycle of stucco and fresco images. Through 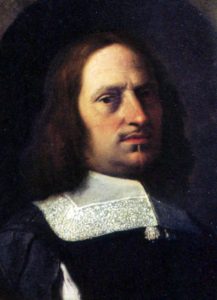 the reading of the Oratorian Giovanni Francesco Bordini’s relationship we can know some stylistic and architectural details of the chapel, unfortunately lost today, like the four spheres that adorned the entrance gate.

The Pinelli Chapel is the first result of the changes made by Giacomo Della Porta (1532-1602) to the general project of the Church in March 1585. When they granted the chapel to Giovanni Agostino Pinelli (m 1595), treasurer of Sixtus V (Pontificato 1585-1590), the oratorians had already made arrangements regarding the decoration of the chapel and the subject to be represented in the altarpiece. The decorative design of the chapel reveals influences of Michelangelo’s ideas for the dome of St. Peter and was attributed to Giacomo Della Porta on the basis of stylistic ties with works of the Vatican basilica he made.

The first version of the altarpiece that was supposed to depict the Madonna assumed in heaven with the apostles was also commissioned to Lomi. This painting – which decorated the chapel from 1587 to 1697, unfortunately lost today – was replaced by fathers, probably for conservative reasons with a painting by Giuseppe Ghezzi (1634-1721) also lost, but fortunately translated into print by the painter’s son, PierLeone Ghezzi (1674-1755). 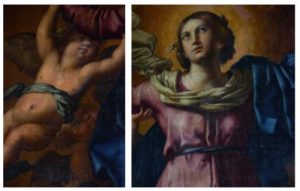 Why does it need a conservative intervention? Because the same canvas, which represents the support of the painted layers, presents a general relaxation that over time can jeopardize the cohesion and the adhesion of the pictorial layers. In the lower portion of the painting, there are many deformations with a wavy pattern and in the central part, near the head of one of the putti, a small hole caused by an accidental blow.

The high pictorial quality and the original colours are blurred by a pronounced deposit of dust and dirt, by thickly oxidized and yellowed varnishes of various thicknesses, with extensive altered repainting evident especially in the backgrounds of the skin tones and by flat and opaque stuccoes such as in the bottom margin, near the right corner. Also on the entire surface, you can see multiple sketches, perhaps coming from an old painting of the adjacent walls, and wax drippings.

The intervention will be carried out within the premises of the adjacent Archive. It will, therefore, be possible to follow the different phases by visiting these premises. It is proposed a conservative intervention that aims, with the cleaning of the surface, the restoration of the original color values and the recovery of original parts hidden by the overlapping layers of various non-original materials, and, with the lining, reinforcement of the ancient canvas and restoration of the adhesion of the preparatory layers and of the color to the support.

It will also be essential to disinfect and revise the wooden frame on which the canvas is fixed, making any changes to reinforce the structure and to allow proper tension of the canvas. In the event that the frame is too deformed and insufficient to support the painting, it will be necessary to replace it.

The materials used are of specific use for the restoration, designed for their high quality, stability and reversibility over time.